Plant a tree in memory of Alan
An environmentally-friendly option 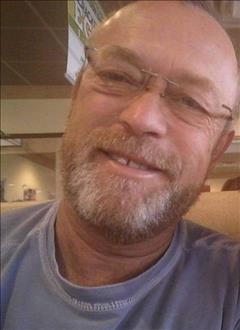 Alan (Al) Robert Moin was born on November 13, 1962 in Superior, Wisconsin to his parents, Robert Arthur Moin and Sharon Ann (Superwoman) Cummings. He married the love of his life, Annette Williams, in Las Vegas, Nevada on March 5, 2006 after a lengthy engagement.

Al departed from his earthly journey on June 15, 2021 in Duncan, Oklahoma. Al grew up in Wisconsin, graduating from Superior High School before attending New Hampshire College in Manchester, New Hampshire. Al served for 10 years in the United States Navy, where he worked in Communications. He also worked in the oilfield for many years in Oklahoma, Texas, and New Mexico. He loved every minute of it.

Al also had a great love for all sports, the outdoors, and his family. His favorite song was the intro to SportsCenter, which he taught to all the children around him. He had a passion for golf and played as often as he could. He was also a talented hockey player who loved to follow the Philadelphia Flyers, and later he and Annette would watch the Oklahoma City Blazers every chance they got. Anyone who knew Al knew that he was a total Cheese Head, and he was proud of it! The only thing he loved more than the Green Bay Packers was his family and the outdoors. He spent a lot of time in nature, camping and floating the river. His favorite companions for these trips were his wife, Annette, and his grandchildren, especially Cayden, who loved nature almost as much as Al did, and went on most of these trips with him.

Online condolences can be made to the family at www.whittfh.com.

Plant a tree in memory of Alan by clicking here.
To send flowers to Alan's family, please visit our floral store.

A service summary is not available

Plant a tree in memory of Alan
An environmentally-friendly option

Plant a tree in memory of Alan

I was heartbroken to learn of Alan's passing.  Alan was my cousin.  Our mom's were sisters and we grew up with each other.  I have such fond memories of Alan and his mom, dad, Linda and Liz.  I grew up in New Mexico and we would make a trip to Superior every year to spend time with them.  Some of my sweetest memories were at the Moin cabin on Minnesuing Lake.  Our Grandpa Cummings would be fishing at the end of the dock and the kids would live in the lake!
When my mom passed away in 2014, Alan and Annette made the trip to New Mexico for her funeral.  That was such a surprise and so special to me!  Alan, I'll miss your laugh and our conversations.  Love you.

Plant a tree in memory of Alan